Alaska Airlines: Has the Eskimo had it? 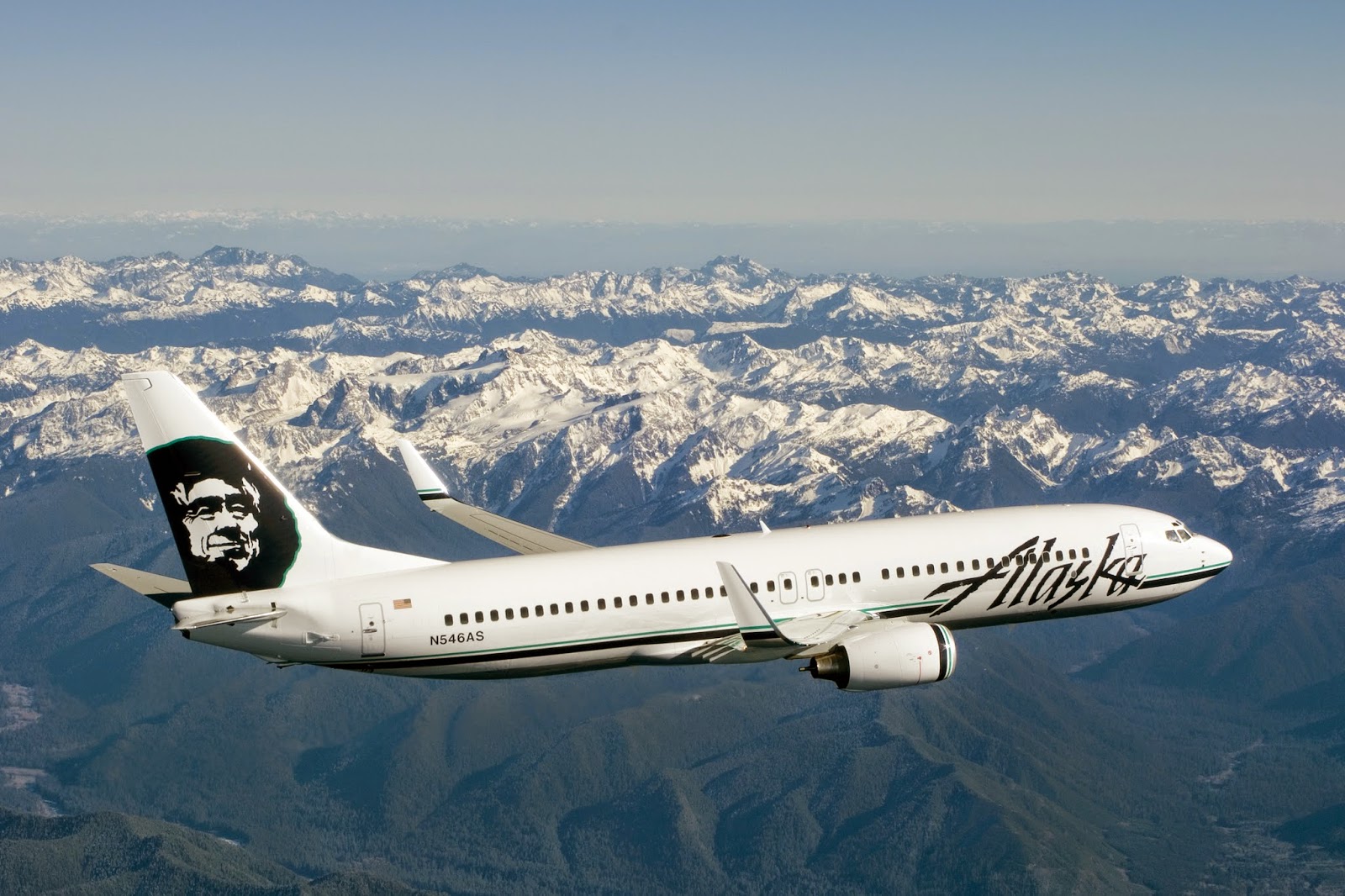 Things are heating up in Seattle.  Things are heating up in Salt Lake City.  Oh, and in Los Angeles, too.  Delta Air Lines, for the last year or two has been building up a true Pacific Gateway Hub in Seattle/Tacoma, seemingly almost smack on top of Alaska Airlines' route map, with additional Trans-Pacific legs as well.  At last count, quite a few formerly loyal Alaska fliers have jumped ship and begun utilizing Delta more with their vastly larger array of routes, options, and worldwide access.


It all began when Delta announced a downsizing of the former Northwest hub at Tokyo/Narita, and a buildup of Transpacific flights from Seattle.  Some wondered why not do them out of Salt Lake City, where Delta has their fortress hub?  Well, altitude for one.  The A330's, 767's and 777's that serve Asia would ALL have to be weight restricted and cargo restricted on those hot and high summer days in Salt Lake City's elevations.  Seattle, on the other hand, is at sea level, and a much shorter distance to Asia than Salt Lake City is.  Heck, the Salt Lake flights would have to overfly Seattle on their way to Asia anyways.

In addition to starting multitudes of Trans-pacific flights out of Seattle, Delta wasn't going to stop there and hope for the best.  Oh no, how would they feed all those jumbo jets heading to the Far East?  Why, with local traffic, AND connecting traffic too! Delta began flying non-hub cities such as Ketchikan, Juneau, Anchorage, Sacramento, San Francisco, and more, right on top of the flights Alaska Airlines already operated as part of their codeshare with Delta.  Well, when push came to shove, what did Alaska do?  They fought back.

Alaska already had flights to Salt Lake City from Seattle, so why not do a roundabout to Delta and see if we cant kick them where it hurts in one of Delta's most protected hubs, Salt Lake City?  Flights began to Boise, Portland, Las Vegas, San Francisco, San Jose, Los Angeles, and San Diego.  Salt Lake City's Concourse A is bursting at the seams with all the new flights, or is it? Average loads are only in the 30% range?  How can this be?  I'll tell you why, and what's wrong, and what Alaska should do about it.

I have taken a grand total of 7 segments on Alaska in the last 2 months.  This surely does not make me the expert on the airline others most definitely are.  But I was observant from check-in to baggage claim.  I paid attention to the smallest details.  There were things I saw that I liked, and others not so much.  Let's take it from the top.

Outstations like Salt Lake City are outsourced both above and below wing.  You guessed it, all those people you see wearing the Alaska uniform are not actual Alaska employees.  Heck, in Salt Lake City, there's only 2 people who are actual Alaska folks, the City Manager and his assistant.  You'll never see them out at the counters or gates. Depending on who you get to help you check in or tag your bag, you may get the full real Alaska reputation, or, you may get someone who could care less if you fly Alaska or any of the other airlines in Terminal 1.  They are simply there for the paycheck.  They don't give two shits about you, or the Alaska experience, or if they treat you so bad you desert Alaska and fly someone else.  Not a good sign. 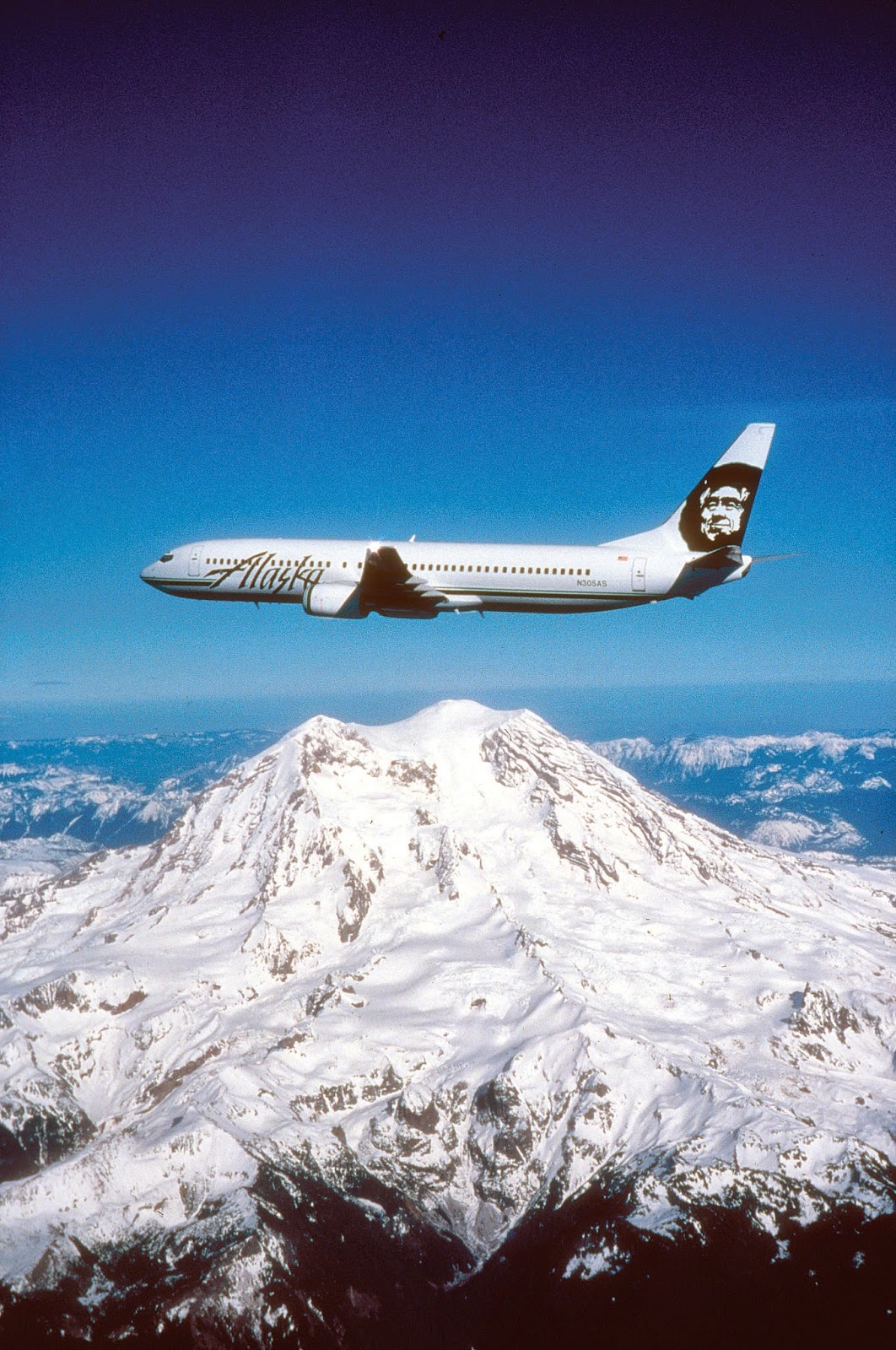 Stations that have actual Alaska employees are, for the most part, OK.  But in my travels, I have noticed some of their own self-proclaimed "best" employees, are some of the worst people in front of passengers.  In San Diego for instance, one black employee, who was touted as one of the best, and frequently gets sent to Seattle as a trainer, was so condescending and rude to not just me, but to the rest of the passengers on our flight to San Jose, and onto Salt Lake City.  She made each and every one of us on the flight feel like it was a privilege that we had booked with Alaska and were in her presence, instead of the other way around.  A pure diva princess.  A few weeks later I flew through San Diego again.  Same agent at the ticket counter and at the gate.  SAME ATTITUDE.  I told her straight up I want her fired and will stop to no end to see that it happens, and save Alaska from the heartburn of mysteriously disappearing bookings and dwindling passenger loads.  People like that have no business being in front of the traveling public, especially when your carrier is in a life or death struggle against a far bigger, more powerful and more financially secure competitor.

In late March of 2014, I had the distinct pleasure of meeting Alaska's CEO, Brad Tilden, and having lunch with him.  He said the biggest problem he sees at Alaska is trying to keep the same family style environment that had served the airline so well for decades.  I told him the fastest way to lose it is the outsourcing.  He nodded in agreement, took a few notes and told me that the sub-contracted employees all get sent to Seattle for a week of training in Alaska procedures and style.  I told him straight up that might work for about half of each class, but I'm willing to put money down 75% or more of those subcontractors don't give a shit and will screw around in training, while in Seattle, and when they get back to their station, continue screwing of and not fully giving their all for the Alaska passenger.

So, with all those problems on the ground, what should Alaska do?  First off, get rid of the subcontractors.  Hire their own people from within at those wage levels in each city, with all the benefits other Alaska employees receive, or not, and enlarge the training sessions to a full 5 days with tests at the end of each day, and practice at the terminal at SeaTac.  Continue monitoring them for their 90 day probation, and make sure the consistently live up to the Alaska promises.

That's what Alaska needs to win this war with Delta, and as the airport director in Seattle said, "there's room for both carriers to have a hub".  Will Alaska succumb to Delta and merge or go broke?  It's far too early to tell, and Alaska continues reaping profits, although they continue getting smaller and smaller.  When it comes down to the wire, I certainly hope Alaska turns around and brings all stations in house.  Only then will it win against the mighty Widget.