Now that we've covered most of the greater Houston area, let's finish this series off by covering the rest of this awesome city. 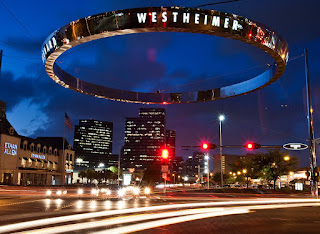 We'll start off on the West side of town, in the tony and posh Galleria/Memorial Park/River Oaks area.  THE hotel to stay at here is the Hotel Derek.  Now, I know what you're saying, "But George, there's TONS of hotels in the area, like the JW Marriott, the Westin, or the Sheraton Suites!"  Yes, but those are chains that look pretty much the same everywhere you go.  The Hotel Derek is decidedly Texan, but upscale and chic.  It is such a destination hotel, Forbes Magazine has awarded it four stars.  It is also the only boutique hotel inside the 610 Loop, two blocks from the Galleria. 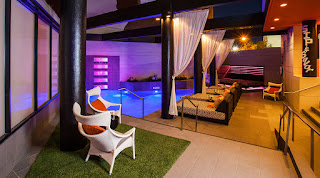 The Hotel Derek has several incredible styles of rooms and packages (such as the Pampered Pooch package, which includes an exclusive amenity and donation to the Houston SPCA, all while staying on a dedicated floor designed with easy access for walks and constitutionals).  My favorite rooms though, are the Sky Deluxe rooms, which are located on the top two floors of the hotel, with some incredible views of either downtown or uptown, and the ultra-chic platform king bed. 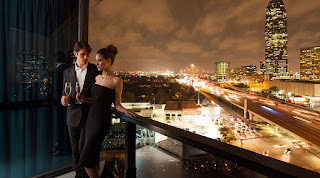 The other room I adore is the Penthouse Suite.  Clocking in at 1,200 square feet, it is by far the most expansive and incredible room on property.  With floor to ceiling windows overlooking the Galleria or Downtown, a massive private balcony, and 2 separate bathrooms.  If you're trying to get some work in, there is a spacious office alcove with a huge glass desk to get the job done.

Now that we've got our digs out of the way, lets mosey on over to the Galleria area.  With 2.4 million square feet, 4 levels, 2 hotels, 1 indoor ice rink, 1 rooftop jogging track, and 375 retail shops to play around in, the Galleria is one of the largest malls in the United States.  The only Tesla Motors and Prada stores in Texas call the Galleria home.  Surrounding the Galleria are several other shopping areas to complete one's spree in Houston.  Dillard's, Neiman Marcus, and Zone d'Erotica all have anchor stores in the complex and are consistently their highest grossing locations nationwide. 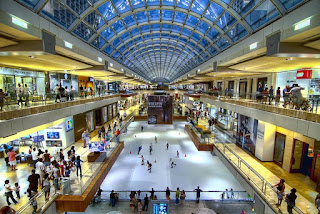 There are also several museums and art exhibits in the area as well.  From the Arader Galleries, the Beer Can House (I implore you, check it out!), to the Rienzi Mansion, an arm of the Museum of Fine Arts, Houston, and the Houston Arboretum and Nature Center,  there is something for everyone's taste.  If it's golf you want, Memorial Park has not just one golf course, but there is also the neighboring River Oaks Country Club.

Now that we've kind of covered the greatest city in Texas, it's time to catch your flight home.  If you're leaving from the George H.W. Bush Intercontinental Airport, it'd be a great idea to spend your last night in the city at the on-airport Houston Airport Marriott at George Bush Intercontinental.

Conveniently located smack in the middle of the Intercontinental Terminal area, there is an underground tram connecting the hotel to every terminal, or you can take the hotel's free shuttle van to your terminal.  The rooms are you standard Marriott equipped rooms, but you cant complain being situated so close to the terminals.  Makes your morning departure out that much better.  One thing though, they used to have a revolving restaurant up top the main tower, but I've heard that was closed and the excellent restaurant that was up there has been reopened on the lobby level. 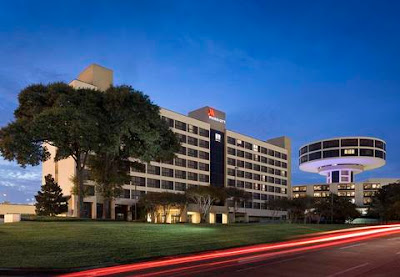 Well, that was a short look at Houston, Texas; now giddey up and c'mon down! 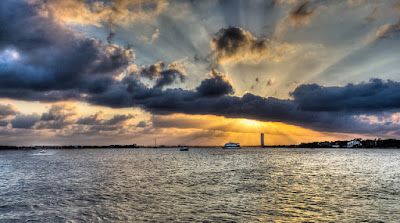 Now that we’ve taken a glance Downtown, let’s head on out to the highway (shameless Judas Priest plug), down the I-45 freeway (that bane of most Houstonian drivers), to Clear Lake, Kemah, and Galveston. 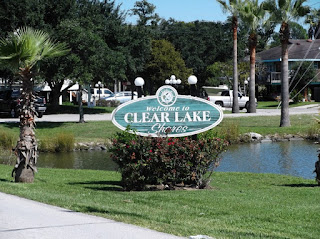 First up is Clear Lake, home to the National Aeronautics and Space Administration, or NASA for us laypersons.  Clear Lake is home to the Johnson Space Center, which houses Mission Control, Space Camp, and other divisions of NASA.  Boeing and Lockheed-Martin also have sprawling facilities in Clear Lake.  Because of these high tech industries such as Space Exploration, Oil, and Mining, Clear Lake has a high population of engineer level employees.  Some notable residents of Clear Lake are WWE Hall of Famer Booker T, Princess Mary of Denmark, and Ellison Onizuka, one of the 7 astronauts on the ill-fated final launch of the Space Shuttle Challenger. 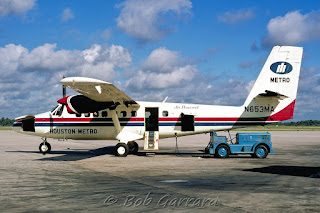 Clear Lake City, or a good portion of it, was developed on top of the former Clear Lake City STOLport (Short Takeoff/Landing), a private airfield run by Houston Metro Airlines, and was located on Highway 3, just South of Houston's Ellington Field (where you can see the Wings over Houston Airshow).  The airline once ran up to 22 daily roundtrip flights between the STOLport and Houston's Intercontinental Airport, but shut down in 1993.  The airfield was abandoned and now no trace of it remains in Clear Lake. 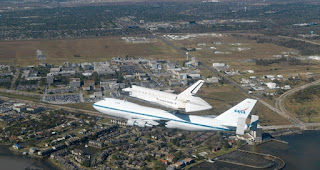 Aside from the Wings over Houston Airshow, other goings on in Clear Lake are the Bay Area Houston Ballet and Theatre Group's performances, as well as the Clear Lake Symphony's music.  The annual Ballunar Festival takes place for the hot-air balloon fans, as well as the annual Gulf Coast Film Festival for movie buffs.  For the nature lovers out there, there is the Armand Bayou Nature Center, the largest urban wilderness preserve in the United States.  Its 2500 acres is home to 370 species of birdlife, mammals, reptiles and amphibians. 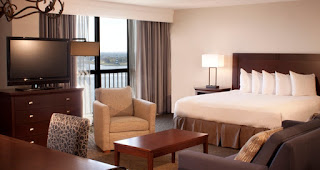 Staying in the area is a less costly than downtown, but that's not to say you'll be shacking up in a cheap motel on a dark desert highway!  My personal favorite place to stay around NASA is the Hilton Houston NASA Clear Lake (say THAT 3 times fast!), and their spacious rooms and great line of amenities and services.  Just across the street from the Johnson Space Center entrance, the Hilton strives for excellence with its lakefront setting just 20 minutes from Hobby Airport or 45 from Bush Intercontinental Airport (in good traffic of course!). 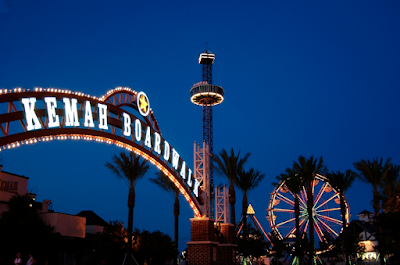 Down the road from Clear Lake is Kemah, and its infamous entertainment venues.  Believe it or not, Kemah had its start in tourism during the 1920's  as an "investment" from the Maceo crime syndicate, which also ran Galveston Island around that period.  The syndicate built lavish casino venues on the boardwalk which prospered until the Maceos were brought down by the Texas Rangers in the 1950's.  Along the same time, commercial fishing fleets began to call Kemah home as the Clear Creek Channel opened. 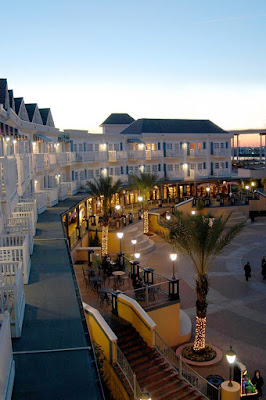 
Each one of the 52 rooms comes with its own balcony so you can look out over the Boardwalk waterfront and even out towards the Galveston Bay channel.  I haven't had a chance to stay here yet, but its on my bucket list!  I have however, traversed the Boardwalk from one end to the other, and it has been rightfully picked as one of the best entertainment areas in the United States!

Head down the Gulf Freeway to its very end and you come to Galveston Island. 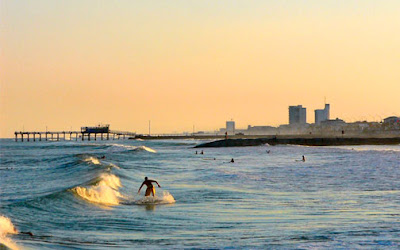 The original "Island of Doom", named thus by explorer Cabeza de Vaca after being shipwrecked there in 1528, Galveston has been making seaworthy news ever since.

Originally established by Mexico in 1825, and its first Customs House built in 1830, Galveston has always been a burgeoning seaport and even served as the capital of the Republic of Texas in 1836 when interim President David Burnet temporarily moved the government there.  Along with being the first Port of Entry into Texas, other firsts include the first Post Office and Naval Base in 1836, the first Masonic Order in Texas in 1840, the first cotton compress was built in 1842, the first Insurance Company was formed on the island in 1854.  Galveston is also the site of the deadliest natural disaster in US history.  On September 8, 1900, a hurricane made landfall on the island, and after all was said and done, somewhere between 6,000 and 12,000 people were lost.  In most official reports though, the number lies around 8,000.  As a result of the storm, a seawall was built 17 feet high and 10 miles long.

During the 1920's and 1930's, Galveston broke out as a major tourist destination, even though Houston to the north had developed into the major metropolis following the Great Storm of 1900.  Under the influence of the Maceo syndicate, the island exploited the Prohibition of alcohol and gambling, offering adult entertainment to wealthy Houstonians and out of towners.  Along with prostitution, Galveston has become the "Sin City of the Gulf".

After World War II, along with the major withdrawal of US Armed Forces being based at Galveston Airfield, and multiple massive raids by the Texas Rangers, tourism to the island dropped significantly, crashing the local economy. 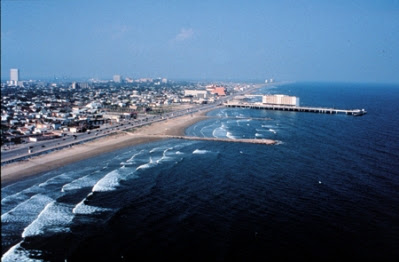 Enough history, let's get to whats going on now.

Since the 1950's preservation of the past and new growth for tourism has exploded on the island.  Attractions, restaurants, and hotels were built, and crowds, both local and out of state, made Galveston their second home.

So now you want to visit Galveston?

Let's start with lodging.  I've stayed at the very best property on the island.

Welcome to the fabulous Moody Gardens Hotel, set in the massive 242 acre Moody Gardens education tourism park.  The rooms are set with a tropical ambiance and are spacious and quite comfortable.  Depending on your room, you have amazing views of the Moody Gardens pyramids, Galveston Bay, or the inner island.  My favorite perk of this hotel is the 12PM check out, allowing the guest to sleep in after a day of adventure on the island or in Moody Gardens.  Also, the nightly rates are not bad at all! 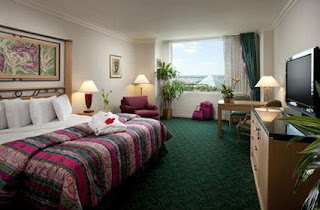 So now we have our lodging, what's there to do besides the Galveston State Park and its beaches, or the amazing Moody Gardens?  Well, you have the Galveston Arts Center, which just moved back to its original location in the First National Bank building on the Strand, built in 1878.  There's also the huge Schlitterbahn waterpark, and if you're on the Island at the right time of the year, there's the ArtWalk that covers several areas of the island, although the majority is centered downtown.  You've also got the Galveston Symphony Orchestra and the Galveston Ballet as well.


So, if you're looking for somewhere outside of Downtown Houston with a beachfront, come on down to the "Playground of the South"!