Down on the Bayou: A Gold Standard look at Houston, Texas Pt. 1

A lot has been written about big cities in the United States such as New York, Boston, Washington D.C., Dallas, Los Angeles, and so on.  But let me tell you about one of my most favorite cities, one I was proud to call home for 2 years, and still consider myself an implant of.  It's also called Space City, Clutch City, H-Town, Magnolia City, or the Energy Capital of the World.  It has a higher percentage of Fortune 500 companies based in its city limits than Dallas, Chicago, and Boston combined.  A population of six and a half million people.

Founded in 1836 on the banks of the Buffalo Bayou, Houston was named after Republic of Texas President Sam Houston, who was also a commander of the Texas forces and largely responsible for the victory of the Battle of San Jacinto, about 25 miles East of where the city was established on June 5, 1837.  Due to its location, shipping, oil, cotton, health care, and numerous other industries have popped up, not to mention a vast melting pot of cultures have adopted Houston as a home away from home.

Depending on how you enter the city, whether it be by air (2 airports to choose from, Bush Intercontinental Airport to the North of the city, home to every airline but Southwest, which calls Hobby Airport South of town it's domicile), by road (I-10 from East to West, I-45 from Dallas and points North), or rail (Amtrak has tons of service), you'll soon find the hub and spoke loops of the 610, and Beltway 8 among the myriad exits heading into the city or the outlying suburbs that seemingly stretch for miles.

Aside from the urban sprawl and mind numbing traffic, Houston is my favorite US City for its myriad activities and goings on, and some of the down right most hospitable people in the entire state of Texas, and what has to be the most gorgeous city skyline, especially when lit up at night!  In the area, you have an abundance of museums, event venues, world class golfing, the absolute BEST rodeo, a short drive to the Gulf of Mexico and some awesome beachfront, and an amazing collection of cuisine from around the world.

Some of the biggest and best teams in various leagues call Houston home.  For starters, the National Football League's (NFL) Houston Texans reside at NRG Stadium (formerly Reliant Stadium).  The twice-Major League Soccer (MLS) Championship Houston Dynamo punt from their digs at the beautiful new BBVA Compass Stadium just outside downtown, the multi-time NBA Champion Houston Rockets shoot hoops from the sprawling Toyota Center, while the historic Houston Astros blast away from Minute Maid Park (formerly Enron Field), which replaced the former home of the Astros, the Astrodome, in 2000.

As far as places to stay, it depends on the area you are in.  If we start from downtown and move out, you have some very upscale and chic boutique hotels that are more often than not affordable.  Places like the Sam Houston Hotel at Prarie and San Jacinto streets, or the Magnolia Hotel at Fannin St and Texas Avenue, with their ultra luxe rooftop pool and some killer views of the city.  Or you may want to try the Hotel ICON, a Marriott property, that was built into a bank from 1911.  It sits at the corner of Main Street and Congress Ave, and is well worth the nightly rate.  If you're in town for one of the many conventions at the George Brown Convention Center or catching a game at the Toyota Center or Minute Maid park, the Westin Houston Downtown at Texas Ave and Crawford Street is the place to stay, just across the street from Minute Maid Park, or just a short walk to the other venues, including the amazing Discovery Green park. 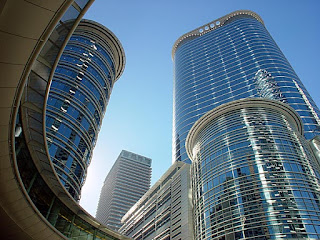 And speaking of parks, museums and other places to check out in downtown, there are plenty.  My favorites are Discovery Green, with it's 12 acres of greenery, man made lake, dog runs and jogging trails right in the middle of downtown, the Bayou Place, on the west side of downtown, where the Angelica Film Center, Verizon Wireless Theatre (where I've been to numerous concerts) and Hard Rock Cafe call home, right in the center of the Theatre district.  There's the Central Library at 500 McKinney, across the street from Houston City Hall and Sam Houston Park.  Don't forget the Downtown Aquarium, with a 500,000 gallon underwater sea life complex that houses over 200 species of aquatic life.  Another place I loved walking around and enjoying the view from was the circular skywalk connecting 1400 and 1500 Smith Street, the former Enron towers.

So you've got the sights in, you've got lodging, and now you want food, too?  Well, you're in the right place, the downtown area has some of the best eating establishments in all of Texas.  From the myriad food truck offerings while you walk around downtown (Bernie's Burger Bus, Foodgasm, and Pink Taco Bus are my top 3 faves), to the killer steaks at Vic and Anthony's Steakhouse, or for a true South Texas fillerup, Whataburger has several locations inside the Loop, you're sure to find something to kill that hunger and leave you wanting to come back.

As far as tours go, Houston has you covered.  Take your pick from a myriad of bike tours (either guided or unguided), Segway tours, from points around the city, boat and kayak tours around Buffalo Bayou, behind the scenes tours at Minute Maid Park or the Toyota Center, or the ever popular pontoon boat tours of the Waugh Bridge Bat Colony.  Needless to say, you wont get bored in Space City.


That's a quick look around downtown Houston, stay tuned for part II, where I take you from South Houston to Galveston Island and all points in between, next week!

Posted by George at 7:43 PM No comments: