Flying with Blue: A candid look at jetBlue's A320

**Author's disclaimer:  The following post is my own opinion as an Independent Travel Agent, and not those of jetBlue Airways or Lakonia Asset Investment Company** 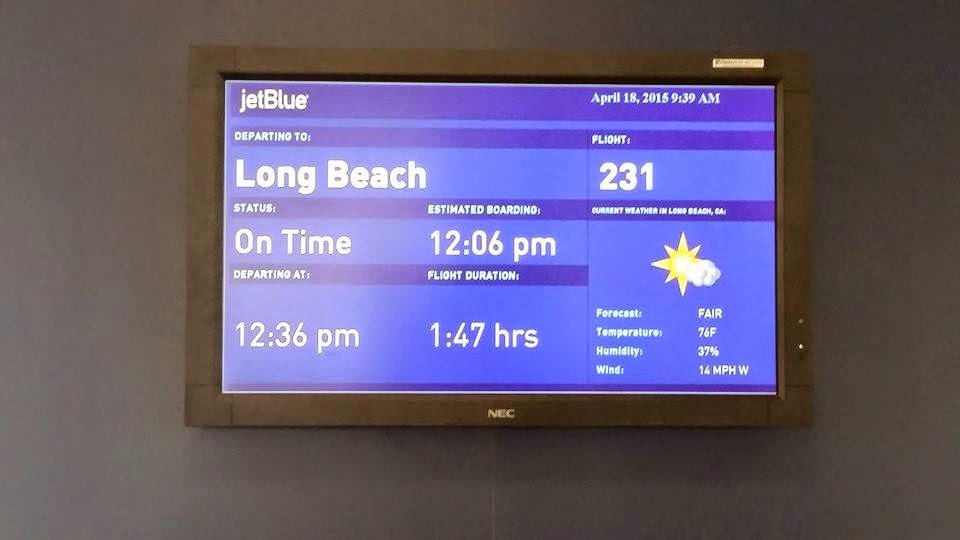 My last flight on jetBlue Airways was in 2005, and for good reason.  The same reason why I only flew them once before, in 2001.  The in-flight crews made all 3 segments I was on in both years the absolute worse inflight experiences I've had in my long life of riding around in rarefied air.  These crew of yore made the customers feel like they were the privileged ones to be flying with them, not vice versa, as it should be.  It left such a bad taste in my mouth both years that I swore not to fly jetBlue for a long, long time. 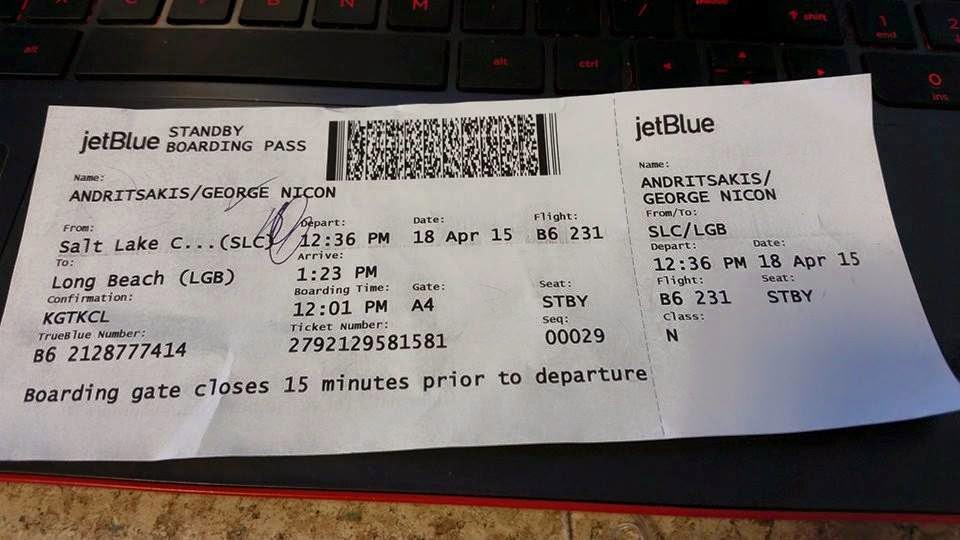 Now it's 2015.  Free flying on jetBlue is part of the perks of working for them.  So earlier this week I listed myself on today's morning flight (March 18th) to Long Beach, California, and returning this afternoon.  I not only wanted to see if the inflight attitude has improved, but also give a fair and balanced review of jetBlue's Airbus A320 offering, seeing as I sell them for jetBlue, and within my own Travel Agency as well.


Check-in in Salt Lake City is a snap, considering how small jetBlue's operation is.  The ticket counter is in the far South Side of Terminal 1, just past Southwest's massive digs.  It's small enough you might miss it if you're not careful.  The kiosks jetBlue use are painless and even if you're flying standby, check in and printing of your boarding pass is simple.  As it should be.

The line at Security was extremely light for a Saturday morning, and I breezed by, and on my way up to the Gate.  jetBlue's gate is A4, a relatively short walk from the Terminal 1 escalators past security.  Plenty of room to stretch out and relax while waiting for one's flight, as the only airlines in that part of the concourse are Alaska Airlines down in the rotunda and American Airlines on the South Side, covering A1, A3, A5, and sometimes A7 (which Alaska uses frequently, and even jetBlue still uses during double enplanement operations). 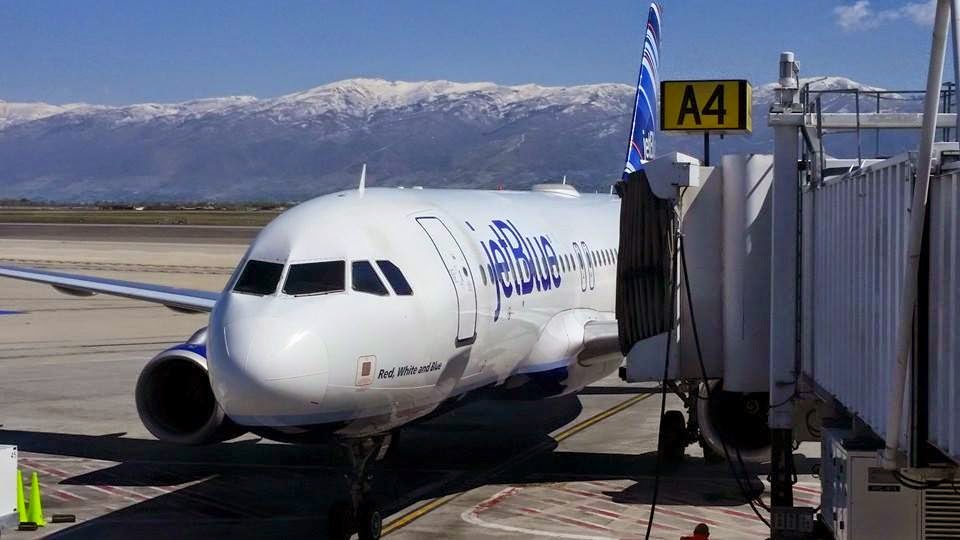 About 35 minutes before boarding the gate agent showed up, and I went and introduced myself and asked if its possible to find out what seats are open.  He not only told me, but he even assigned my seat right there.  He gave me an excellent window eat, 10A, an Even More Space(TM) seat in the Emergency Exit row.  My traveling cohort, Justin, showed up and got 10C, with the middle seat between us empty.  Awesome.

Boarding went by quickly, and as we got on the flight, we were greeted by the crew, who recognized we were employees and greeted us like long lost relatives.  A far cry from the snobbery of the past.  Justin, his first on a plane in a very long time, got the invite to take a seat in the cockpit of the A320 (did he notice theres no control yoke?) while I took a few snapshots of the empty cabin.  As usual in most jetliners of the A320's size and mission profile, the seating is 3x3, separated by the aisle that is 18" wide.  The normal pitch between seats is 34", while the Even More Space seats are a marvelous 38".  Brilliant for a guy as tall as me.  Oh, and the A320 is also wider than the Boeing 737 and Boeing 757, its closest competitors, translating into an extra 6" shoulder space per seat.

The customers boarded and we pushed back from the gate a full 9 minutes early, and off we went.  After a brief pause on the runway to allow for an aircraft that just departed some space, we hurtled ourselves into the air and turned to the South for the hour and a half jaunt to Long Beach.  We settled back and enjoyed the view and flipping through the 36 channels of Live DirecTV.  I myself kept the TV in front of me pegged to the Inflight Map and the window shade up so I can see the geography of the West spread out underneath. 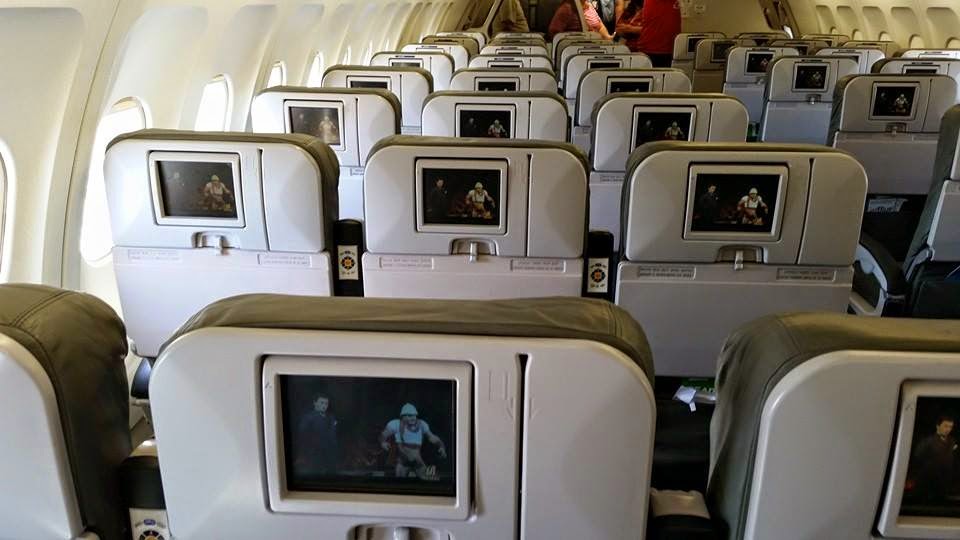 The cabin crew came by with the snack service, or if you prefer, the buy-on-board options.  I picked one, and, as custom for me, examined it, photographed the box and contents and enjoyed.  One flight Attendant came by and took our drink orders, then came back with a drink tray, much like the ones in use on Virgin America and Air Algerie, among a host of other French carriers.  I was suitably impressed, having been used to the metal carts click-clacking in the aisle and destroying kneecaps.  Another thing I've noticed, the crew have their own zones of rows.  I like this,  Makes it feel a LOT more personal and friendly.  No wonder B6 (jetBlue's two-digit IATA code) keeps raking in the JD Power awards.  Alaska Airlines, take note, you have a few things to learn from these guys!  Also, jetBlue staffs their cities with their own people (except for a few spots not in the public direct, like the ramp), Legacy carriers listen up!! 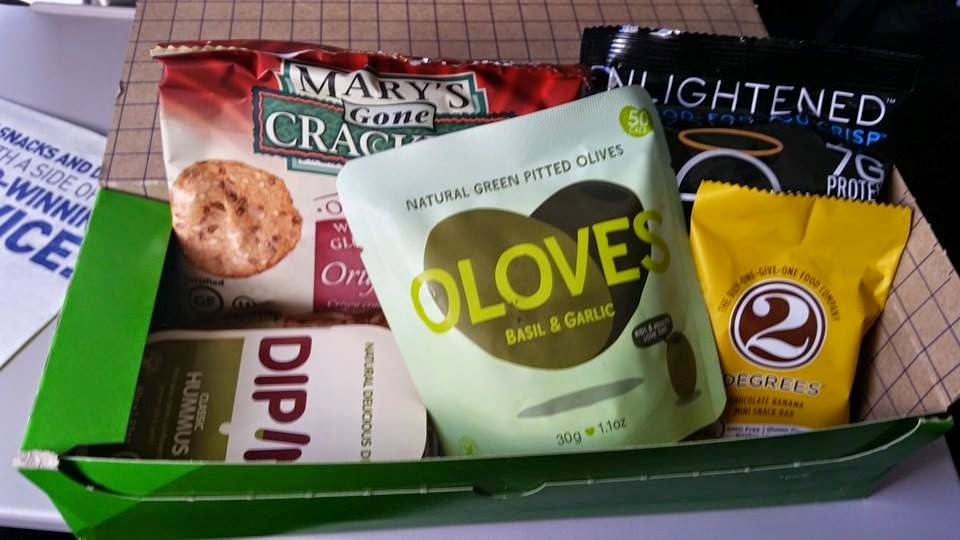 The seats are all covered in leather, which makes for easier cleaning, and are comfortable.  The 1:47 hop passed by fast and next thing we realized, we were on the approach into Daugherty Field!  The captain must've been ex-Navy, as he slowed our winged chariot FAST and pulled us into the gate a whole 16 minutes early.  Deplaning in Long Beach is a bit different than most major airports nowadays, and hearkens back to a time when flying was glamours, worth getting dressed up for, and a family event.  The stairs were placed against the L3 door, at the rear of the plane, and a ramp was placed at L1, in the front, for those passengers who may have a rough time with the stairs.

All in all, jetBlue has most definitely improved their product since those early years, and is now in its 3rd management cycle (long time CEO and one of the original founders of jetBlue, Dave Barger, just retired from the airline, leaving behind a legacy of growth, thrivability, and record profits while other airlines struggled to keep afloat).  The seats are just right for any flight under 6 hours, and I don't hesitate booking jetBlue passengers on these planes, nor my own high end clients. 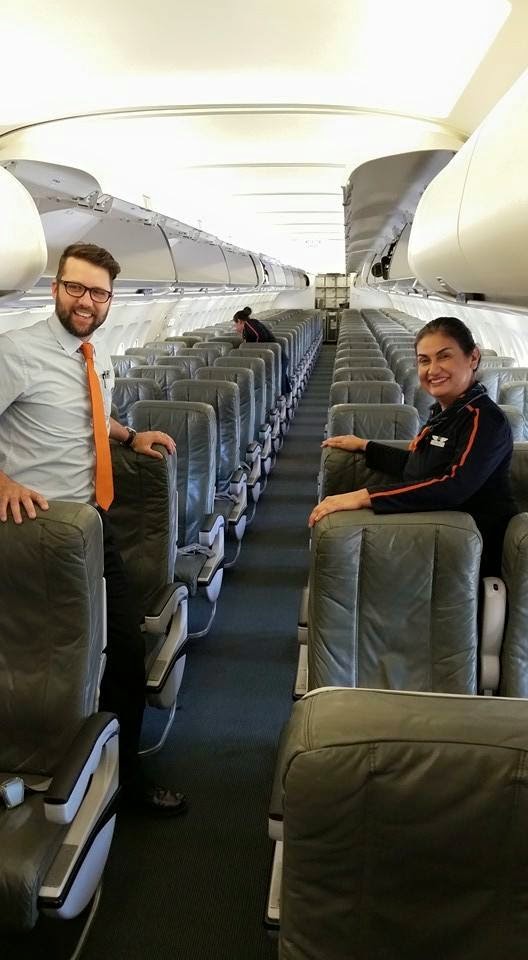