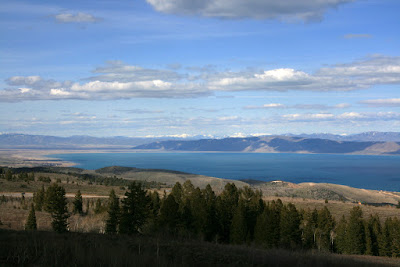 I'm going to come right out and admit it.  Utah is a topic I'm better off NOT talking about.  I've lived here for the majority of my life, but I've never had ANY interest in ANYTHING about this state.  That being said, I put it upon myself to get past that stigma and find something to write about, as even I have to admit, the scenery here is breathtakingly gorgeous, unknowingly inspired by one of my favorite classic disaster movies of the 1970's.  Any who, I digress, moving on to the blog itself.

Utah is home to some of the most breathtaking mountain scenery in the United States.  Now that I think back on several road trips myself and other coworkers have taken, they really aren't that bad, despite road-tripping not being my preferred way to vacation.  For years, the thought of being stuck in a car for hours on end with others just NEVER appealed to me (yet I have no problem being on a plane with others for hours on end). 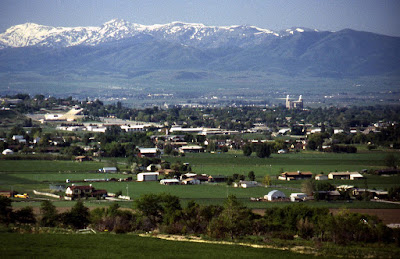 The first drive I have to write about that's blown me away for years now, is the drive from Logan up through the winding Cache National Forest to Garden City, Utah; on the shores of Bear Lake.  Just hang a right on 4th North and follow Highway 89 past Utah State University and on into the forest.  The winding road makes for some amazing scenery in the daytime, especially at high noon on a late Spring day, when EVERYTHING is visible.  After about 33 miles of uphill, winding country highway, you get to the Bear Lake Overlook and Visitors Center, and I promise, the view is simply to die for.

The descent from the overlook is beyond belief and shows the majority of Bear Lake, also known as the "Caribbean of the Rockies" due to how clear the water is.  Welcome to Garden City, Utah.  This quaint little village boasts some the West's best raspberry harvests, and some of the absolute best over-the-top Milk Shakes around.  There are several places in town and around the lake to try, but in my opinion, the every best is La Beau's, on the southwest corner of Highway 89 and 75 North.  Many local notables even credit with La Beau's as having made the original raspberry shake. 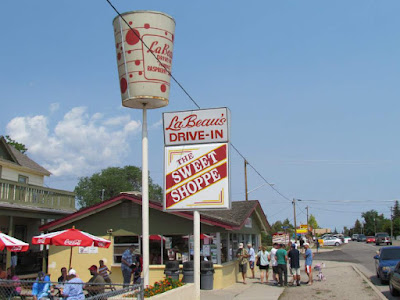 Head on up Highway 89 a few miles, there's the KOA campground on the East side for those outdoorsy types that haul their trailers and toys up here every summer.  The state also has it's own campgrounds on several parts of the shoreline as well.  Further North you have several timeshare resorts that have popped up, and more in various phases of construction, much to a lot of citizens dismay.  All of these are right across from the entrance to the Bear Lake Marina, with it's sheltered harbor, providing slips for 305 boats, not to mention the 80 foot-wide, 5 lane launching ramp, and beach side campgrounds. 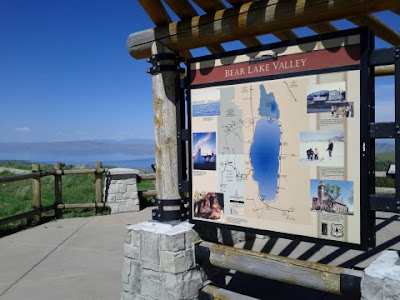 Continuing on Highway 89 North a few miles is Camp Hunt, the Boy Scouts of America's summer encampment.  I've spent a few summers here, and sometimes I miss it.  Then again, my idea of camping out now involves room service and valet parking.  That's it for this drive northbound before you hit the border of Utah and Idaho, and the sleepy little village of Fish Haven lie.

Heading down the South side of the lake, you cover the rest of Garden City, and turning East along the shoreline you'll come across several rentals and resorts with shore side access.  Now, I do recommend driving the entirety of the loop around the lake, it's a gorgeous drive, especially in sunrise or twilight hours.  But be mindful of the wildlife.  They are everywhere, it is their home after all.  You'll see everything from raccoons, to deer and elk, and everything in between.  It is one of the more spectacular areas of the state, if I do say so myself.