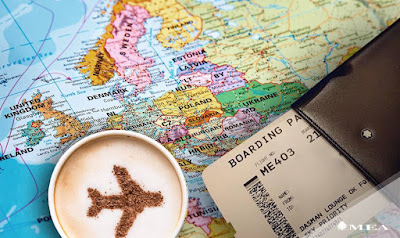 In the last 48 hours or so, I have been bombarded (excuse the pun) with emails, Instant Messages, and Texts asking about this new International Airline Electronics Ban.  I have to admit, when the first messages came in, I had no idea what had been handed down, as this was around 4:30 in the morning when my phone started dinging.

Here's what I know so far and what I understand about it (thanks to several cohorts of mine as well):

On March 21, 2017, the U.S. Department of Homeland Security issued a ban on all electronic devices (aside from medical devices and cell phones) on flights originating in the Middle East and terminating in the United States.  Now, I know a lot of my acquaintances are crying foul and think this is the current administration's way of banning all Muslims.  I'm here to tell you it is not, this affects all flights originating or terminating at Middle East points with direct non-stop service to the United States and the UK.  In fact, in hindsight, we should've had these restrictions in place for the last decade and a half.

So, the types of electronics that are no longer allowed on board are (but not limited to):

Laptops, tablets, E-readers, cameras, portable DVD players, any electronic game bigger than a smartphone, travel printers/scanners (who travels with these anyways?) and anything else electronic that is larger than a common smartphone.  This ban does not include any necessary medical devices, those are allowed to remain in the passenger's possession after security screening and boarding.

From the United States, the airports that are under the ban include:

Abu Dhabi, United Arab Emirates (with nonstop flights to Chicago/O'Hare, Dallas/Ft. Worth, Los Angeles, New York/JFK, San Francisco, and Washington/Dulles on Etihad Airways.  No US Carrier has served Abu Dhabi since the 1970's)

Amman, Jordan (with nonstop flights to Chicago/O'Hare, Detroit, and New York/JFK on Royal Jordanian, no US Carrier has served since 1994)

Cairo, Egypt (with nonstop flights to New York/JFK on EgyptAir, every now and then Delta or United Airlines will do summer seasonal service, but have not resumed this since the Arab Spring uprising)

Casablanca, Morocco (with nonstop flights to New York/JFK and Washington/Dulles on Royal Air Maroc, no US Carrier has served Casablanca since the 1970's)

Dubai, United Arab Emirates (with nonstop flights to Boston, Chicago/O'Hare, Dallas/Ft. Worth, Ft. Lauderdale, Houston/Intercontinental, Los Angeles, New York/JFK, Orlando, San Francisco, Seattle, and Washington/Dulles by Emirates.  Newark, New Jersey is also served by Emirates, but it is a direct service through Athens, Greece.  No US Carrier has served Dubai since Delta discontinued its Atlanta service in February 2016)

Jeddah/King Abdul-Aziz Airport, Saudi Arabia  (with nonstop flights to Los Angeles, New York/JFK, and Washington/Dulles on Saudi Arabian Airlines, no US Carrier has served Jeddah since 1989)

The United Kingdom has also announced the same ban of flights to and from the UK, but the list includes airports in Lebanon and Tunisia, as well.  These are not on the list of airports in the US due to the fact there are no direct flights between them (much to my chagrin).

May I take the time to suggest travelers to visit the Dept. of Homeland Security website for more information on this.  Also, and probably most importantly, government officials are NOT advising US or British Nationals to avoid travel to these countries or these airports (Dubai, Istanbul, and Doha are the three biggest connection points in the Middle East, so it's hard to avoid them anyways).  Also, consider booking with a Travel Agent to secure the best flights that meet your needs to and from these countries (I can definitely find you a way in and out of all of these affected cities).  In my opinion, the decision to travel is a very personal one that must be made by the individual.  Everyone should always stay informed and remain vigilant and alert during their journeys.

If you have any more questions, don't hesitate to ask me. 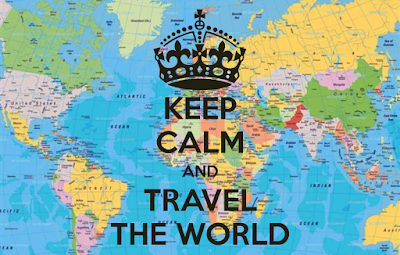