The Only Constant in the Universe is CHANGE. Post-merger changes to AAdvantage.

Like the title says, the only constant in this universe is change.  Luckily, change isn't always a bad thing.  American Airlines, following the completion of its massive merger with US Airways,   Management seems to have seen how the last two mega-mergers in this industry ended up and are doing everything they can to not end up as the latest and most hated.  The changes American is making to it's industry-creating AAdvantage program only make the program better, and more suited for the global airline American is.  Let's get going through the new face of AAdvantage.

Beginning January 1, 2016; gone are those weird Elite Qualifying Points (EQP's) that you never knew how or why they were accrued.  The structure for Elite Qualification is much more simpler, dealing only with Elite Qualifying Miles (EQM's) and Elite Qualifying Segments (EQS's) for those travelers that do a lot of short haul but don't rack up the miles.  Also, the time length is changing.  Elite members now have until January 31 instead of January 1 to qualify for Elite Status.

What doesnt change is how you earn the EQM's and EQS's, on all eligible flights by American Airlines/American Eagle, oneworld(TM) carriers, Alaska Airlines and other American Airlines codeshared flights such as on Air Tahiti Nui, Cape Air, El Al, Hawaiian Airlines, WestJet and more.  Oh, and dont forget about using the Citi AAdvantage MasterCard, giving you an automatic 10,000 EQM's upon approval and issuance.

To reach the first threshold Gold Elite (oneworld Ruby), it's still 25,000 EQM's, or just 30 EQS's.  2 trips from the West Coast to Europe and a Transcon oughta take care of that, depending on the fare level booked.  Other perks include complimentary automatic upgrades on flights of 500 miles or less, a 25% bonus of EQM's, 50% off Main Cabin Extra seats before check-in, complimentary upon check-in, complimentary access to preferred seats, and 1 free checked bag.

Platinum Elite (oneworld Sapphire) is 50,000 EQM's, or 60 EQS's.  With the 25% bonus you get as a Gold Elite member, reaching Platinum is not that difficult.  Complimentary upgrades happen from 72 hours before departure, a boost to 100% bonus EQM's (you go, Mr. Road Warrior of the sky!), access to Main Cabin Extra and Preferred Seats, as well as a second complimentary checked bag.

Top Tier, Executive Platinum (oneworld Emerald) Status is the Apex of the AAdvantage program.  To reach this vaunted level, our fearless flyer needs to rack up 100,000 Elite Qualifying Miles or 120 Elite Qualifying Segments.  One incredibly awesome perk is the 4 one way systemwide upgrades (with the ability to earn 4 more more), upgrades requested and confirmed up to 100 hours before departure, the same awesome 100% bonus miles, complimentary Main Cabin Extra and Preferred seats, and 3 free checked bags.

Now that we got the thresholds covered, let's get back to the new changes.

When before you could get 8 one way systemwide upgrades, now you are automatically issued 4, with the ability to earn more (2 for every 50,000 EQM's earned) throughout the year as you reachieve Executive Platinum status.

The price of 500-mile upgrades increases to $40, either online or from American Airlines, or if you want to use miles, you'll have to shell out 40,000 miles for 8 upgrades.

Award redemption changes on March 22, 2016, include a new lower redemption rate for the new MilesAAver awards beginning at 7,500 miles for flights under 500 miles.

That's about it for now, I'll come back to this in the 3rd Quarter of 2016, when the majority of changes have occurred, and when American finishes the changes to AAdvantage. 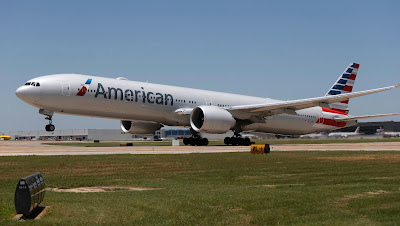