Anyone whose flown from coast to coast or across the oceans, or for that matter, ANY red eye or long distance flight knows ALL about jet lag.  It might only be 9AM where ever you land, but back home, according to your body, it's the middle of the night.  You're walking through customs feeling like you're underwater.  I've gone through it quite a but myself, but I have my own ways of fighting it.

1. Do NOT fall asleep for long periods.

If you really have to, take a quick cat nap to clear the cobwebs.  At the same token, listen to your body, if it's telling you to sleep, do it.  Set an alarm if you have to, but I promise, you'll never get to sleep at night and reset your body clock if you sack out for 8 hours right from the get go.  If you cant do catnaps, you might as well just power through the day, get out and get some fresh air and sunlight.
Another thing that might help you out.  Pick a time zone.  I've found in my transcontinental travel from one coast to another that it is better to either pick keeping your body on either your home time zone or the one you'll be visiting.  More often than not, I find myself adjusting to the time zone I'm in, unless I'm in transit.

As a rule, flying tends to leave one seriously dehydrated.  One thing I've started doing is bringing a bottle of water with me onboard.  No, you can't take it through security, BUT, you can buy one at the shops or restaurants by the gates.  On longer flights this becomes crucial.  I've narrowed my own drinking onboard to just water and Ginger Ale.  No alcohol for me, though.  Not only because of my own internal battles, but drinking inflight tends to dry you out faster.

Once on the ground, try to find some time to work out.  Most every hotel has a fitness center or a pool, so keeping up with your at home exercise regimen shouldn't be too difficult.  In my own experience, I use the hotel pool and swim.  It's not my full workout, but hey, its something, and usually it does the trick to keep me from becoming a zombie during my travels.

I'm a tad iffy on this one.  The only thing I really use is those Airborne tablets that dissolve in water.  A glass in the morning and at night for 2 days straight works, especially after a long haul from the US to the Middle East or the Eastern Mediterranean.  I know others use a plethora of other tablets or pills, but unless its prescribed, I tend to stay away.  Airborne though has a bunch of vitamins and minerals that replenish your immune system, thus making you feel better, but also keeping you from catching a cold or other inflight ailment (the recycled air on most older planes is truly horrendous).

I also stay away from sleeping pills, especially Ambien.  I'll tell you why.  When I first started out in my airline career some 20 years ago,  every day off I had I was flying to someplace new.  Just hop on the first plane with an open seat and fly around the route map for 2 days.  Back then it was easier, with larger planes like the L-1011 and 767's (or in my case 747's domestically), airline employees knew which flights were almost empty, thus becoming non-rev specials (as we called them because the majority of passengers were airline employees, therefor, non-revenue generating passengers).  It was not a challenge for me to do a Salt Lake City to St. Louis to New York/JFK to Barcelona (or any other European destination we served) flight on my 1st Day off, then fly back the same routing the next and still be home before midnight to be up and at the airport for work by 5AM the next morning.

In those days, I'd pop an Ambien and try to get 4-5 hours sleep.  It didn't take long for me to realize I was a zombie for more than half my early morning shift.  So I tried almost every other sleeping aid out there, and nothing worked.  My doctor finally told me to stop using those drugs and try a natural remedy, such as a capsule of Melatonin and a cup of Chamomile Tea and call it a night.  He was right.  Melatonin worked great for me, until I was required to start sleeping with a CPAP machine to help with my Sleep Apnea.  The light noise from the machine worked fine and to this day still puts me to sleep within minutes.

That's about it on my end, all of the above tend to get me recharged and on the ground in whatever time zone I'm in within a short time frame.  Also, I know there are about a thousand other remedies out there, so let me know your favorites!  Everyone is different, and it truly is interesting to see what works for others. 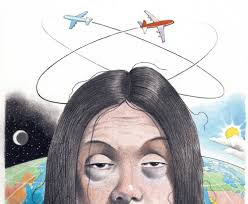 Welcome to the Friendly Skies...or are they?

It takes a lot for me to post about any sort of "social justice" uprisings.  Most millennials (I unfortunately fall in this age range), hipsters, and uneducated persons have recently taken up in arms over the supposed bad treatment of a passenger on board a United Express flight, resulting in his being dragged off the plane and any passengers with a phone to catch the proceedings from damn near every angle.

So every uneducated passenger on Earth thinks just because you buy a ticket means you are ENTITLED to that seat.  In all but a few instances you are, but in this case, the passenger was not.   Once past the jetway doors, passengers fall under the responsibility of the flight crew as per US Aviation and Maritime law statutes.  There is little doubt that United could have avoided the entire situation by recognizing the overbooking prior to beginning the boarding process, but the fact is that the passenger's decision to act like a petulant child made it necessary to remove him.  Those of you who act like he is some sort of social justice hero are little better than the passenger himself and, as usual, fail to see the bigger picture.  When you are on board an aircraft your life, and the lives of everyone else fall under the flights crew's care and responsibility.  They have a required duty to comply with and enforce the laws that govern aviation operations (especially under FAR part 121), and passengers have a legal obligation to NOT interfere with the crews performance of said duties.  This passenger took it upon himself to unilaterally dictate to United, the flight crew, and basically, the Federal government that his authority over the flight was superior to their own.  At that point, the Captain made the right decision in calling for security to forcibly remove him.

I know a lot of my readers might think I'm biased towards protecting the airline because of my airline background.  I assure you, I'm not.  I have my own issues with United, which have no place being aired out in this post.  What I take offense to, is the people who have zero knowledge of what passengers are entitled to and what laws govern being on a commercial airliner once on board.

These millennials who were quick to get to social media and "boycott United" can sit down now.  The last few days I've booked nothing but United from all corners of the globe.  How's that boycott working for ya?

One more thing, a lot of "social justice warriors" compare this passenger to Rosa Parks.  I'm sorry, but that offends me to my core.  Rosa Parks stood up for a law that was fundamentally wrong on so many levels.  This passenger decided to make a spectacle of himself in hopes of a big payday at the end.  I'm glad he got his teeth knocked in.

Thanks for flying the friendly skies, see ya aboard soon. 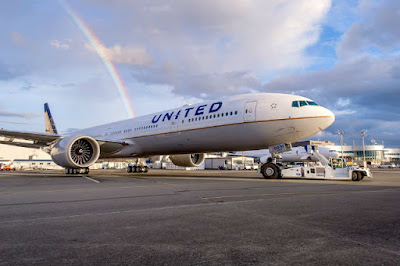