There's A Sucker Born Every Minute (SkyGreece Round 2 or, if you will, Hellenic Imperial Part 3) 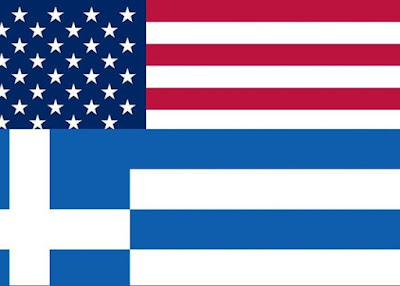 As the title suggests, and as P.T. Barnum famously said, there's a sucker born every minute.  In this case, wealthy Greeks on both sides of the Atlantic have been, or about to be, taken for another goat-rope.


On January 31, 2019; the Greek City Times reported of a new airline starting up offering both domestic and long haul international flights, and to "take on Greece's leading carrier, Aegean Airlines".  As Frank Sinatra sang, Athens Spirit's got high apple pie in the sky hopes. 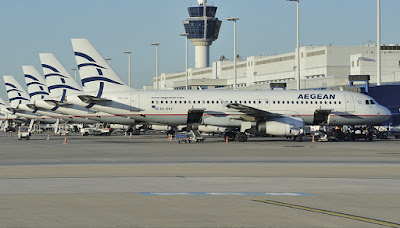 Let's put this "take on Aegean Airlines" comment into perspective.  Aegean has (as of June 2018) 49 aircraft, all narrow body Airbus types from the A319 up to the A321.  SkyGreece...ehm, Athens Spirit is planning on starting up with 4 Airbus A319's and two wide-body Airbus A340's.  It's a startup, so starting off small is a must.  However, A340's are yesterday's technology and extremely expensive, also, they've all been pretty much retired from the worldwide airline fleet, except for some smaller operators operating niche flights.  Out of Athens, you sure as hell don't need a four-engined gas-guzzling behemoth to fly a simple route to North America.  Then again, SkyGreece had the twin-engined Boeing 767, that kept falling apart and only operated a handful of flights before one emergency return to Athens stranded an entire plane load of people and shut the airline down, which I chronicled in detail in a previous FL310 entry (The Perils Of Pride). 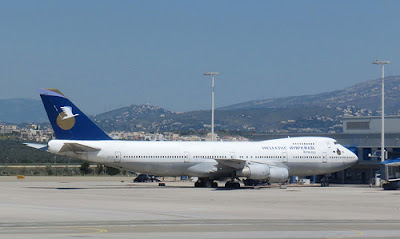 Equipment issues aside, let's take a look at the funding.  Athens Spirit is funded by investments from wealthy Greeks throughout the diaspora, and Aegean has funding from, well...operating profits (60.4 million Euro in 2017), the open European Stock Market and the Athens Exchange, not to mention 18.2% ownership by  the German Flag Carrier, Lufthansa, as well as providing some key operational and network consulting.  The deck is completely stacked against Athens Spirit with it's "take on Aegean" mantra. If they continue with it, they will pay dearly for it. 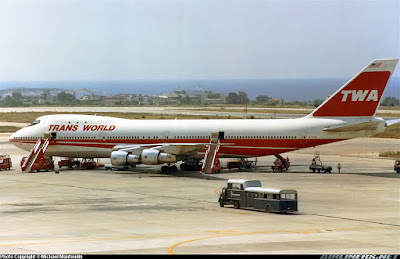 The concept of non-stop service to Athens from North America (and other far flung points) is not a new concept.  Long time flag carrier Olympic Airways flew long hauls to North America, South Africa, Asia and Australia for years using Boeing 707 and 747's.  Iconic US Carrier TWA sent 707's and 747's to Athens from New York, Paris, and Middle East points, at one time even had a crew base there.  The problem with Athens, at least, for long haul flights, there's very little premium cabin or cargo demand that could keep the flights making money year-round.  Sure, flights do gang-busters and depart over sold during the summer high tourist season, but once the tourists stop, those cavernous 747's flew back and forth virtually empty.  You could go bowling down the length of a 747's cabin in winter.  Now, I know what you'll say, you'll say, "but George, we see the Business Class cabins full!"  Well yeah, but how many of those fares are actually full fare passengers, not somebody who paid the relatively minuscule upgrade fee or, like in most cases, redeemed frequent flier miles?  Now you see my point. 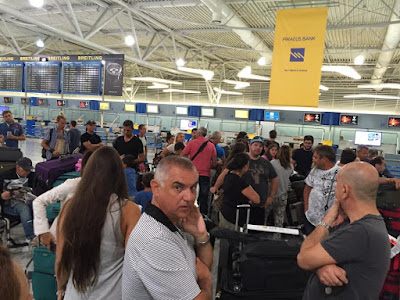 The only way a new carrier could work is if it had connecting feed at both points.  Now, Athens Spirit wants to fly domestically with 4 A319's to feed those blow-dryer powered A340's.  Good idea, however, Aegean/Olympic, SkyExpress, Ellinair, and Astra all have the Athens market share pretty much carved out for themselves.  If this airline had any clue on how to run properly, it would look at partnering up with one or more of these carriers on the Athens end, and another carrier or two on the other end of the routes.  Connecting feed will keep a startup carrier alive during those lean months.

Next, and in my mind, what gets my blood boiling is who is behind this crazy half-baked scheme.  The "President" of this scheme is a former SkyGreece founder, and Olympic Airways A340 pilot (probably where he got the hair brained idea to use A340's in this day and age).  Just by the simple fact that this guy was mixed up with the former priest and restaurateurs that bilked and stranded HUNDREDS of travelers and refused to give them back their money for services not rendered, should be enough to scare not only passengers and possible employees away, but also investors. 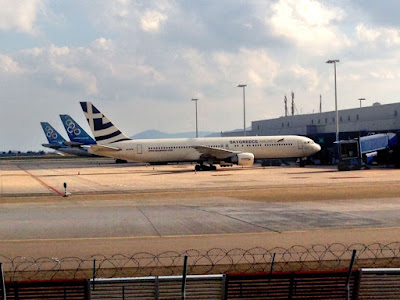 This past decade has been hell with Greek investors and their need to have a nonstop connection across the Atlantic to our beloved Πατρίδα (homeland). Yes, it's not exactly cheap to fly on the Summer nonstops offered by Delta from New York/JFK, United and Emirates from Newark, American from both Philadelphia and Chicago now, but, at least if something happens, these airlines will not leave you stranded. You're on a flying bus, leave your pride at home or in your carry-on. Get there and back home in one piece, and with peace of mind.

So, in conclusion, will Athens Spirit actually take off? Very doubtful. The odds are monumentally stacked against it. But, no matter what, the skies between the US and Greece might heat up later on this year. You do the math and decide. 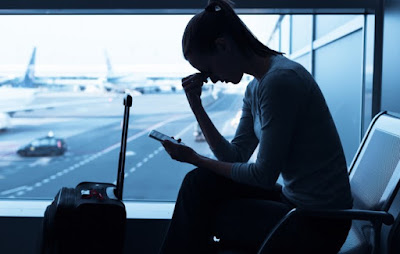 Posted by George at 4:27 PM No comments: